Often referred to as the King of Honey and the Honey of Kings, Leatherwood honey’s bold, complex and unique flavour can best be described as “tasting like the rainforest”. This is because the wild rainforests of Tasmania are the only place in the world where the rare Leatherwood tree (Eucryphia lucida) grows.

Since 1955, our family has had the privilege of sourcing this highly sought after honey from the heart of the Tarkine wilderness, an area known for its ancient forests and the world’s cleanest air and water. 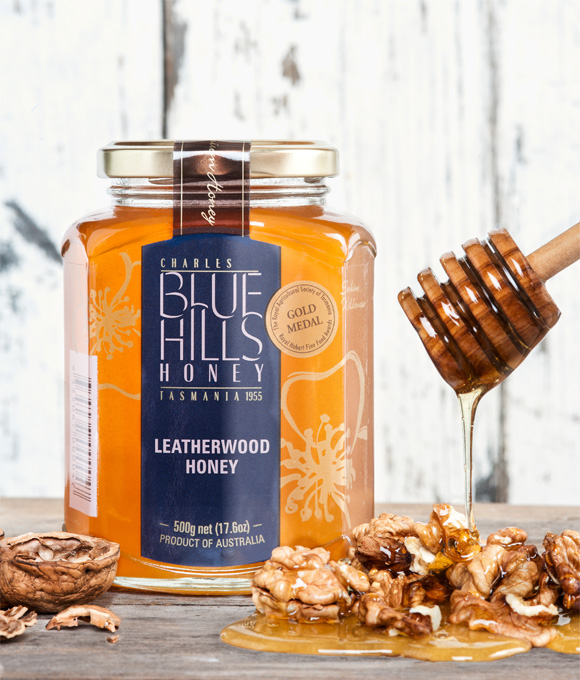 The most premium of honeys: Leatherwood honey.

Ever heard of Eucryphia lucida?

While it may not be on the tip of your tongue, did you know it is the family-name of a very famous and long-established Tasmanian?

A Tasmanian famous for tantalizing the tip of your tongue!

It’s the name of the Leatherwood tree. It’s native to Tasmania and it’s the source of this high-class honey. 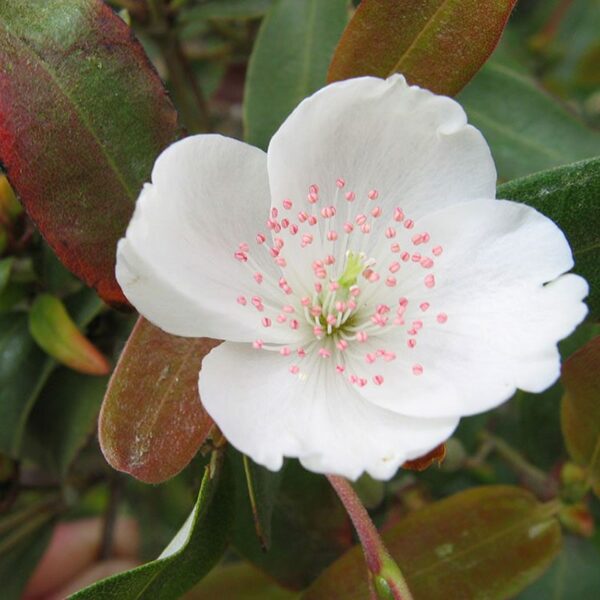 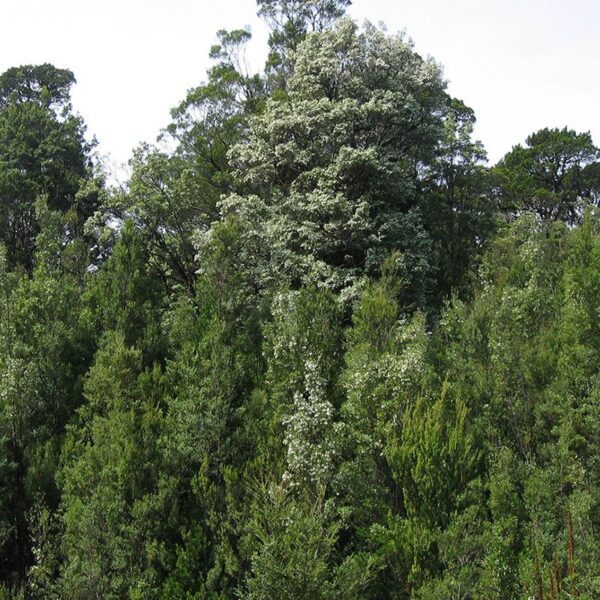 First: Leatherwood honey enjoys a global reputation, and is highly sought after, because of its unique and delicious flavour as well as its many health benefits. Indeed, it is often described as having a bold and distinctive taste. The rich and complex flavour owes much to the presence of over 363 natural compounds; all of which combine to be simply, and naturally, delicious.

Second: Leatherwood trees, well, especially the pollen they produce, are only found in Tasmania and in limited stands, mainly located in Tasmania’s West Coast.  Leatherwood trees, such as those in the Tarkine wilderness area where Blue Hills Honey locates its hives, produce 400 to 1000 tonnes of Leatherwood honey across the state annually; a honey that is exclusive to Tasmania.

Antioxidants are known for their ability to combat free radicals in our bodies; these are chemicals that can cause cell damage. Ranked among the highest in the world (Novost, 2009), Leatherwood honey is known to contain a vast number of antioxidants, some 2-3 times more antioxidants than most Australian honeys (D’arcy, 2005).

Coupled with the benefits of antioxidants and hydrogen peroxide, Leatherwood Honey has an estimated Glycaemic Index value of 47. Not surprisingly, the low GI has attracted the interest of those involved in sport nutrition who note, for example, “Low GI foods increase endurance time and provide higher blood sugar levels toward the end of exercise.” (Charles Dragar, 2017).

The inside story is also a good one

Gut health continues to be of topical and popular interest.

At the forefront of this gut health movement is the focus on both pre and probiotics. Concerning, the ‘pre’phase of digestion, the prebiotic potential of Leatherwood has been shown to be beneficial to bacteria in the large bowel. And, when a powerful prebiotic, such as Leatherwood honey, is coupled to probiotics such as yoghurt, the combination magnifies or synergizes creating what are called

With the consumption of such a synbiotic combination our bowels, and therefore our bodies, can benefit from new good bacteria as well as nutrients to nourish the good bacteria within the human gut.

This interest in gut bacteria, synbiotics and gut health generally, has gained such traction within the health industry because of the reported links to aiding the modulation of the immune system, boosting metabolism, as well as helping to combat disease, allergy, and obesity.

Leatherwood as a slow food?

What’s slow food? And what does it have to do with Leatherwood?

Okay. So…Leatherwood honey has been accepted into the “Ark of Taste” an international movement for Slow Food.

That’s good news because the philosophy of Slow Food is that the entire world should have access to and enjoy food that is “good for them, good for those that grow it and good for the planet.” (Slow Food, 2015).

And clearly Tasmania’s Leatherwood honey has the credentials to qualify as a Slow Food; its wealth in beneficial health properties; the love our beekeepers, like those at Blue Hills, have for the bush and the gratitude they feel toward their bees; and the low impact the production of Leatherwood honey has on our environment. Concerning this last point, Blue Hills’ Leatherwood honey is sourced from between 16 to 59 kilometres from our extraction and packing facilities.

So its carbon footprint is low.

Speaking of footprints in the natural world, our Blue Hills Honey apiary is proud to source our Leatherwood honey from the Tarkine wilderness. This unique Tasmanian environment is the second largest tract of cool temperate rainforest in the world and, importantly, home to the cleanest water and air on the planet.

At Blue Hills Honey we are guided by the age-old aphorism by Hippocrates which states: “Let food be thy medicine and medicine be thy food.” Because clearly, there are many therapeutic properties of honey including its antioxidant, immunostimulatory, wound healing, antimicrobial and prebiotic properties – and more.

So, we’re proud that our premium Leatherwood honey, harvested from the pristine Tarkine wilderness and embodying so many beneficial health properties, means you are guaranteed that with each spoonful of Leatherwood Honey you are getting more than just that wonderful, sweet and unique taste.